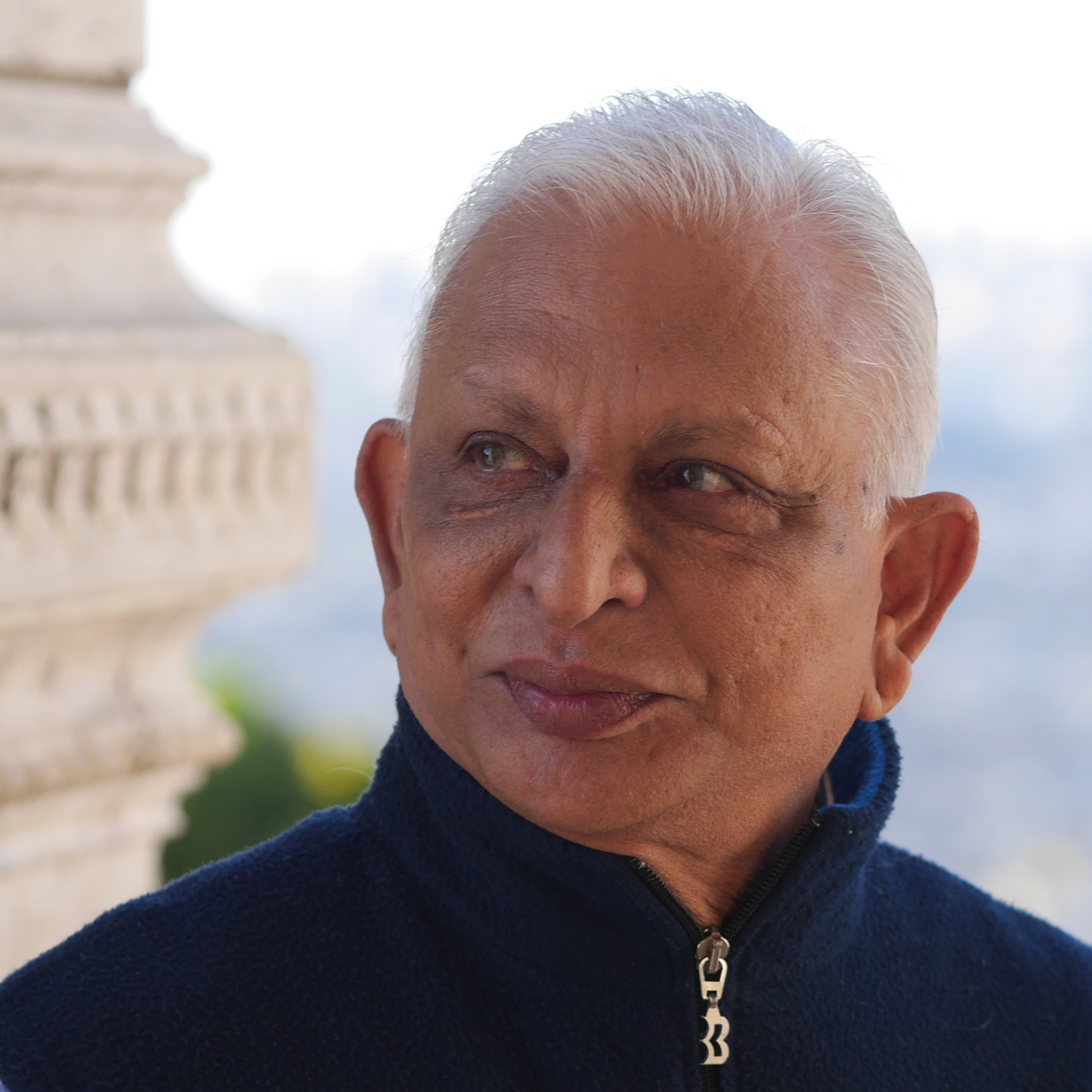 Sri M – spiritual teacher, social reformer, educationist, author and global speaker – was born Mumtaz Ali, into a Muslim family on November 6, 1949 in Thiruvananthapuram, Kerala. His transformational journey, from a young boy to a living yogi, is a story of single-minded discipline and dedication.

At the age of nineteen, irresistibly drawn to the snow clad Himalayas, Sri M embarked on his journey to seek a true Master.  Maheshwarnath Babaji, a senior disciple of Sri Guru Babaji, took Sri M under his tutelage and initiated him into the Nath tradition.  For three and half years, Sri M lived and travelled extensively through the Himalayas with him.  What he learnt from Maheshwarnath Babaji transformed his consciousness.

As instructed by his Guru, Sri M returned to the plains and led a quiet, working family life while preparing to teach all that he had learnt and experienced.  A few years after his Master’s passing, Sri M received the signal to commence his teaching mission.

Sri M established The Satsang Foundation twenty years ago, as a meeting point for spiritual seekers of all persuasions. Conversant with the teachings of most major religions, Sri M’s teachings seek to transcend the outer-shell of all religions by exploring the core and nurturing the innate goodness in every human being.  In his words: “Go to the core. Theories are of no use.”

Under The Satsang Foundation, Sri M has initiated projects for social development in the areas of education, health, skill development and environment. The Foundation runs free schools and a skill development centre in Madanapalle in Andhra Pradesh and Lathira in U.P., India.  It also has a community health centre where it facilitates quality free treatment for the community in Madanapalle. MyTree is an initiative which actively encourages planting of trees.  Projects on the anvil are a hospital to provide quality health care in Madanapalle and a Centre for Exploring Consciousness in Chowdepalle.

The Foundation advocates that humanity is One — transcending religious, racial, geographical, cultural and ideological differences. To spread the message of Peace and Harmony, Sri M led the Walk of Hope in 2015-16 from Kanyakumari to Kashmir spanning 15 months and 7500 kms across 11 states of India, touching more than 10 million lives.

Sri M’s autobiography, “Apprenticed to a Himalayan Master – A Yogi’s Autobiography” was published in 2011 and became an instant bestseller.  A sequel, “The Journey Continues” was published in 2017.  Sri M has also authored several texts on the Upanishads, on Meditation, and a novel “Shunya”.  His book ‘On Meditation – Finding infinite bliss and power within,’ was published by Penguin India.  Two books were released in 2020 – ‘Homecoming and Other Short Stories’, a collection of short stories again by Penguin and a translation and commentary on Patanjali’s Yoga Sutras – titled ‘Yoga also for the Godless’ published by Westland Publications. All his books have been translated into many Indian languages.

Sri M is also the Chancellor of Maulana Azad National Urdu University, a Central University and also on the Faculty of Indian Institute of Technology, Delhi.

Among the many awards and honours he has received for his contribution to society, Sri M was conferred with the Padma Bhushan in January 2020, one of the highest civilian awards of India, for distinguished service of high order in spirituality.

Sri M is married and has two children.  Based in Madanapalle, Andhra Pradesh, a three hour drive from Bangalore, he leads a simple life. Appreciative of music, he also paints in his leisure time.